About Frank The Barber

Best Hair Cuts at Frank The Barber in Melton South open 5 Days a week. Address Location in 1A Exford Rd Melton South. Phone 0397436979 for an appointment with Hairdressers Australia.

Throughout time, the local barber has played an important part in grooming and styling men's hair, as well as providing a social atmosphere for friends to meet. Every town has one and every gentleman relies on the expertise provided by their local barber in keeping up a sharp appearance. If you grew up in Melton, there is a good chance you would have had your hair cut by Frank the barber. After commencing business in Harding Street Coburg in 1960, Frank opened his Melton South business in 1973; at a time when the town of Melton consisted of a mere 5,000 residents. With a population that now exceeds 120,000, Frank's barber shop remains one of Melton's longest serving businesses, and with newly renovated premises, will continue it's legacy for many years to come. From haircuts for kids, to style cuts, buzz cuts, short back and sides, trim and tidy, and pensioner concession haircuts, Frank the Barber is waiting to serve you with no-nonsense, good old-fashioned mens haircuts at an affordable price. Conveniently located within walking distance of the Melton train station, Frank looks forward to welcoming you soon.

Hairdresser Find welcomes you to Frank The Barber, Melton South, VIC 3338 we specialise in hair styling for all your hairdressing needs.

A well-kept salon that values every client. A warm and friendly environment is extremely important to the Frank The Barber team, along with great customer service. We are always ready to create and help you express all of your wishes.

Feel free to call one of our friendly staff members to find out more information about our products and services. Thank you

Is Frank The Barber in Melton South your business?  Claim your listing to update.

Attract more customers by adding more content such as opening hours, logo, pictures and reviews, Hair Dresser Find does it all for you when you claim your listing.  We source your content from your website or facebook and update your listing. Make sure you subscribe to get your phone calls and website visits today. 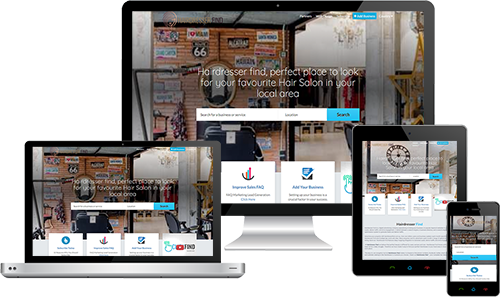 Why is it important toClaim my Listing

When You CLAIM OR ADD A LISTING you receive Missed phone calls and Client Emails from Hairdresser Find plus dozens of partner sites. Gain access to your clients now and Rise through the Rankings on Google and Hairdresser Find.